A South African couple chose a Ha Long Bay cruise for their honeymoon, but found themselves stranded at the wharf. 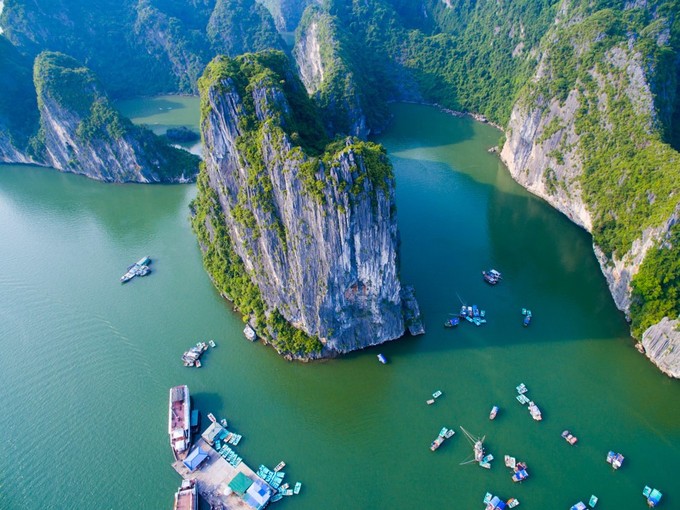 Ha Long Bay draws tourists with its magnificent scene of more than 1,500 limestone karst islands popping up from turquoise waters.

A representative of the Ha Long Bay management board in the northern province of Quang Ninh said that Pieter Esterhugse and his wife were stranded at the Tuan Chau Wharf on Thursday after they found that the vessel they’d booked online for an overnight cruise on the Ha Long Bay did not exist.

They had made an online booking on Hotels.com, the well known U.S.-based travel website, for an overnight stay on the four-star Glamor Star Cruise.

The couple had chosen to celebrate their honeymoon in Vietnam with an overnight luxury cruise on the famous natural wonder of the world, Ha Long Bay.

How much they paid for the cruise has not been revealed.

Upon their arrival, some cruise ship owners at the wharf informed the couple that there was no ship with that name active in the bay.

After confirming information about the couple’s plight, the site’s management board arranged a free overnight night tour of the bay for the couple.

As authorities had said in a similar case earlier, Huy said the probe would be hampered by the fact that the online site where the tourists made the booking had no server in Vietnam.

This was the second such case this year.

Last July, a Spanish couple and their three children were booked a Ha Long Bay cruise on a vessel no longer in service through the Expedia.es website. They paid $746 for a two-night cruise on Paragon Legend.

Ha Long Bay, 180 kilometers to the east of Hanoi, was recognized as a World Heritage Site by UNESCO in 1994.

The bay has been hailed by the U.S. travel guide site Smarter Travel as one of the best ecological spots in the world, while Business Insider has said that an overnight Ha Long cruise is a “must-try” travel experience in Asia.

The rising popularity of the site has driven local tourism growth, with 1.45 million foreign tourists arriving in the bay during the first half of this year, according to the Quang Ninh Province’s tourism department.