All music festivals in Hanoi have been suspended until further notice, authorities announced Monday. 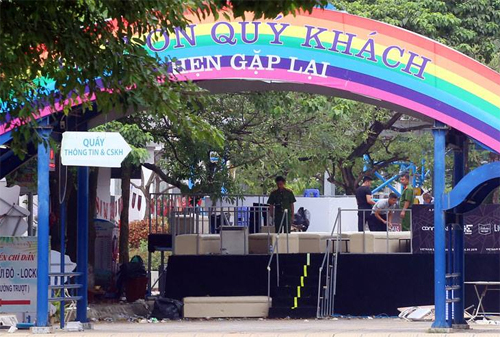 Police probes a stage in the West Lake Water Park in Hanoi for evidence.

The announcement followed the deaths of seven people of suspected drug overdose at a local music festival Sunday night.

Truong Minh Tien, deputy director of Hanoi’s Department of Culture and Sport, announced the decision at a press conference.

Five died in E Hospital, a general public hospital seven kilometers away, two died at the Hanoi Heart Hospital and five others are currently comatose, said a representative from the Ministry of Health.

All the twelve people, between 18 and 29 years old, tested positive for narcotics.

Whether the victims were in the same group and which drugs were used have not been ascertained. Numerous balloons containing nitrous oxide, more commonly known as laughing gas, along with pills of unknown origin were found at the scene, Hanoi police reported.

“The incident is especially serious,” an officer said.

The festival was organized by Vietnamese event planning firm A Chau, said Tien. He also affirmed that all procedures necessary to authorize the event were processed in accordance with the law.

Do Anh Tuan, president of Tay Ho District’s People’s Committee, said that the district had deployed local police to maintain order during the festival and carried out a “dry run” beforehand.

The department is working with relevant authorities to conduct forensic tests and identify those responsible for the incident, he added.

Deputy Prime Minister Truong Hoa Binh has ordered the People’s Committee of Hanoi to submit a report on the incident by Thursday.

The VEW, dubbed the biggest electronic music event ever in Vietnam, was joined by top DJs including Ben Nicky, Yellow Claw and Headhunterz, drawing thousands of fans. 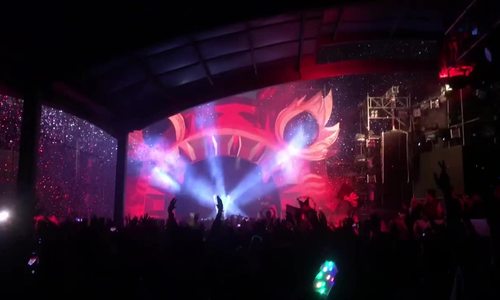 The Hanoi incident is almost unprecedented in Vietnam, although drug overdose has been a threat at music festivals around the world.

Last Saturday, a 23-year-old man and a 21-year-old woman died after collapsing from suspected drug overdose at the Defqon.1 festival in Sydney. Two of the 13 hospitalized people remain in critical condition, while about 700 sought assistance on site, Reuters reported.

In 2013 and 2015, two men in their 20s died while attending the annual festival, both of suspected drug overdose.